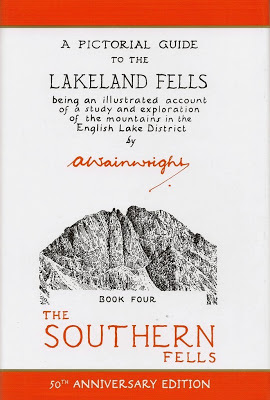 In February last year I found with some trepidation that I had secured a place in the 2012 "Tor des Geants" race in the Aosta Valley; a challenging little trip this one, 200 miles long and 24,000 metres of ascent - compare this with the UTMB at 100 miles and 9,000 metres for example, or maybe just think of going up and down Ben Nevis three times a day for six days. I knew that to have any chance of completing the event I needed two main assets, good enough fitness to get up the climbs and good enough muscles to get down them. After half a century of wandering around the hills, I was happy that I had the muscles but suspected that I wasn't fit enough for a week of sustained climbing.  I needed to walk up a lot of hills before I turned up in Courmayeur in September.

Now training should be fun, and multiple laps on my local hill or even Snowdon didn't really sound an attractive way to spend my spring and summer, so I decided to turn the hill training into a project, and go up all the Wainwrights. I had probably already done 50 or 60 of the 214 tops identified in Alfred Wainwright's "Pictorial Guide to the Lakeland Fells" but I decided to start again and 6 March 2012 saw me up the first one, Clough Head.

I tried to get up to the Lakes once a week, and by the time the Tor des Geants came around I had done enough to get me round the course. But by then I was hooked on the project itself so of course I carried on. I first thought I might get them all done in 2012, then maybe in 12 months from the start, but things kept getting in the way, ultra running outings, family commitments, Bob Graham reconnaissance, climbing trips, a bit of surgery required, and a long, cold winter. I started off in great weather, long summer days over the High Street range and the Sca Fells. But then the rains came; by late summer the Lake District was completely waterlogged and I never came home with dry feet. Then it snowed and froze; I discovered the limitations of Yaktrax on steep hard neve and had cold hands and feet for what seemed like months. But on 6 May 2013, I stood on the summit of Castle Crag, at number 214 the lowest Wainwright on the list, my last one. In the course of the year or so I learned that the Lake District is not a crowded place, just a few well-known bits of it are, I found places you would be unlikely to see a soul on a summer Sunday, never mind a Thursday in November. I went to lots of charming, wild, beautiful places I would never have visited without this little project  -  and also to some places I shall probably never go to again, AW's rigour for completeness sometimes overcoming his realisation that not all the Lakeland fells are worth the effort!

Thousands of people have completed the Wainwrights, some much quicker than me (in 1986 Joss Naylor left the first top and stood on the final one a week later after continuous journey of nearly 400 miles) and some taking many years, but whatever your choice it has seemed to me to be a nice game. I didn't rush, I generally walked the uphills and jogged the downs. I wanted the experience to be good and it was.

For anyone interested in the statistics, I completed the tops in 28 separate day trips to the Lakes, travelling from and then home to Chester each time. On foot I covered just under 500 miles, climbed just over 150,000 feet, and was on the move for a total of around 175 hours.  I didn't count the Mars Bars.

Good work, Andy. The Lakes have always been that little bit too far for me. When I get there I'm almost in Scotland so generally keep going.

Hope you have recovered from the Fling.

Well done Andy! I Think the trick to avoiding the crowds is either to go up the "popular" hills very very early in the morning or very late evening; or to stick to the off the beaten track hills. You should write a book about all your exploits / meanderings! MtM